Zionism and the Land of Israel/Palestine 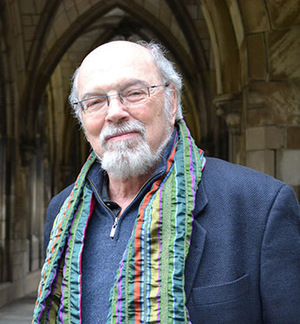 Paul Mendes-Flohr is the Dorothy Grant Maclear Professor Emeritus of Modern Jewish History and Thought. His major research interests include modern Jewish intellectual history, modern Jewish philosophy and religious thought, philosophy of religion, German intellectual history, and the history and sociology of intellectuals. Together with Bernd Witte, he serves as editor-in-chief of the twenty-two volume German edition of the collected works of Martin Buber, sponsored by the Berlin-Brandenburgische Akademie der Wissenschaften, the Israel Academy of Sciences and Humanities, and the Heinrich Heine Universität, Dusseldorf, Germany. He has recently published Progress and its Discontents (in Hebrew); the third, enlarged edition of The Jew in the Modern World: A Documentary History (with Jehuda Reinharz); and Encrucijadas en la Modernidad (Buenos Aires). He is the editor of a series on German-Jewish literature and Cultural History for the University of Chicago Press, as well as the collected works of Martin Buber in German, which has published two volumes in the past year. His biography of Martin Buber was recently published by Yale University Press.

Transportation will be provided from Shivtei Israel St. to the west of the Notre Dame Center (opposite New Gate of the Old City). The bus will leave at 6:30 p.m and return at 9:00 p.m. The shuttle will only be ordered if at least five people have signed up by May 6, 2019. Shuttle sign-up