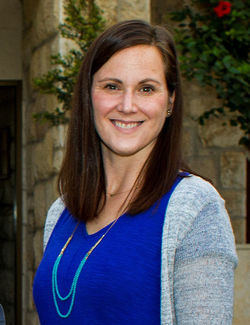 Ryann Craig is a Ph.D. candidate in the Department of Semitic and Egyptian Languages and Literatures at The Catholic University of America (CUA) and Doctoral Fellow at the Tantur Ecumenical Institute in Jerusalem. Her research focuses on the use of qurʾānic prooftexts in Christian Arabic and Syriac authors. She recently served as copyeditor for the International Qurʾānic Studies Association’s journal and monograph series and as the project manager for the Christian Communities of the Middle East Project, a cultural heritage preservation initiative at CUA.

Transportation will be provided from Shivtei Israel St. to the west of the Notre Dame Center (opposite New Gate of the Old City). The bus will leave at 6:30 p.m and return at 9:00 p.m. The shuttle will only be ordered if at least five people have signed up by March 25, 2019. Shuttle sign-up