A Jewish Reading of the New Testament 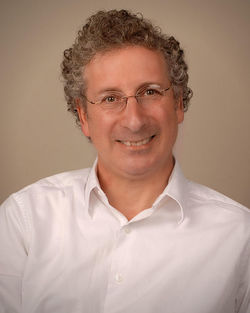 Marc Brettler is the Bernice and Morton Lerner Professor of Jewish Studies in the Department of Religious Studies at Duke University. He has also taught at Brandeis University, Yale University, Brown University, Wellesley College, and Middlebury College.

He has written God is King, The Creation of History in Ancient Israel, The Book of Judges, and Biblical Hebrew for Students of Modern Israeli Hebrew. He is co-author of The Bible and the Believer, and co-editor of The New Oxford Annotated Bible, The Jewish Study Bible, and The Jewish Annotated New Testament, and has contributed to all ten volumes of My People’s Prayer Book. In 2017, he was one of 100 scholars and leaders asked to participate in the American Values Religious Voices project. He is currently at work on a Psalms commentary for JPS, a book on the Jewish reception of critical biblical scholarship, and a co-authored volume with Amy-Jill Levine on passages from the Hebrew Bible that are prominent in early Christianity.

He has published and lectured widely on metaphor and the Bible, the nature of biblical historical texts, Psalms, and gender issues and the Bible. He is a member of the American Academy for Jewish Research and the Council of the Society of Biblical Literature, and has written for The Forward and The Jerusalem Report, has appeared on the television series Mysteries of the Bible was heard on the National Public Radio show All Things Considered, and was interviewed on Fresh Air by Terry Gross.

Transportation will be provided from Shivtei Israel St. to the west of the Notre Dame Center (opposite New Gate of the Old City). The bus will leave at 6:30 p.m and return at 9:00 p.m. The shuttle will only be ordered if at least five people have signed up by February 11, 2019. Shuttle sign-up