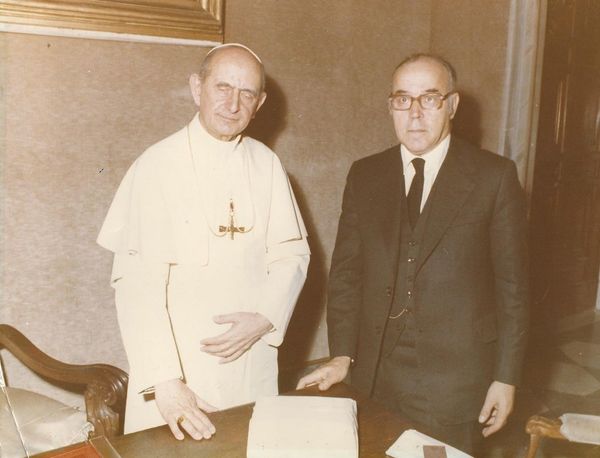 The Tantur Ecumenical Institute joins Christians around the world in giving thanks for the canonization of Pope Paul VI, who guided the Second Vatican Council to its conclusion and who founded this institute, and of Archbishop Oscar Romero, martyred for his ministry to the “least of these brothers and sisters” of whom Jesus spoke in the parable of Matthew 25.
Pope St. Paul VI appreciated the need both to think globally and to act locally.  The three institutions that were founded in the Bethlehem area in the wake of his historic visit to the Holy Land in 1964—the Ephpheta Institute, serving local young people who are deaf; Bethlehem University, the only Catholic university in the Holy Land; and the Tantur Ecumenical Institute, charged with promoting Christian unity—continue to this day to do just that, and are thriving.  Since its doors opened in 1972, Tantur has facilitated engagement between the educators and clergy who come to us from all over the world and the diverse local Christian, Muslim and Jewish communities of the Holy Land.  We’re blessed to be working to realize Pope St. Paul VI’s vision of closer communion between people of faith by building community here at Tantur.
Image of Pope St. Paul VI &  Tantur Rector Rev. Jean Jacques Von Allmen at the Vatican in April 1973.  Photo ctsy. Tantur Ecumenical Institute archives.