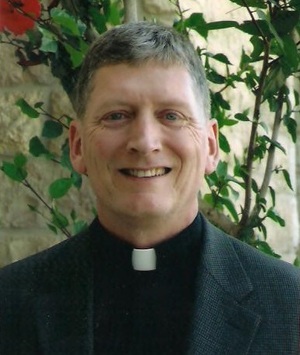 My second three-year term as rector of the Tantur Ecumenical Institute concludes next week, on the last day of this month.  This second term is my last, as I will be returning to the U.S. to join the faculty at King’s College in Wilkes-Barre, Pennsylvania, a college founded by my community—the Congregation of Holy Cross—after the Second World War to educate young men and women coming from coal-mining households.  There I will be teaching in the theology department, assisting in campus ministry to help the college community expand its efforts in interfaith engagement, and serving as superior (=director) of the local Holy Cross community on campus.

For me it has been an honor and a blessing to serve at Tantur these past six years, in the course of which the extended community of the Tantur Ecumenical Institute—its staff; the scholars and fellows who have come here for extended periods; the participants in our various programs, some of whom have later brought their own groups here; the colleagues and religious leaders, Christian, Jewish and Muslim, who work with us in various ways; as well as those from our extended neighborhood of Jerusalem and Bethlehem, also from diverse faith backgrounds, who participate regularly in our Tuesdays at Tantur lecture and discussion series—have been a supportive religious family to me.  As I prepare to move on, I feel a great sense of gratitude for what I have experienced here.

The mission the Holy See hopes to see fulfilled at the Tantur Ecumenical Institute is the building up of closer communion, closer fellowship, among Christians of diverse traditions—and to no small extent among Christians, Jews and Muslims more generally—by building community at Tantur that straddles boundaries of faith.  While Tantur’s fortunes have ebbed and flowed over the almost five decades since its doors first opened, the Tantur community has been in fact a nexus of relationships that are at once local and international, ecumenical and interfaith.  The importance of such community is spelled out most eloquently by Alasdair MacIntyre, longtime professor of philosophy at Notre Dame, in a book that though published in the early 1980s now seems strangely prophetic.  MacIntyre concludes After Virtue by arguing that “What matters at this stage is the construction of local forms of community within which civility and the intellectual and moral life can be sustained through the new dark ages that are already upon us.”  From my perspective, the Tantur Ecumenical Institute has been, and continues to be, an important instance of the sort of community MacIntyre called for.

On the calendar of many Christian Churches today, June 24th, is celebrated as the feast of the Birth of St. John the Baptist, the prophet whose very life served to announce the coming of someone greater than himself.  How strange in a certain sense to find one’s life defined as having paved the way for another, and yet, for those of us who are teachers, the highest good is to help our students own the gifts within themselves that will repair the world itself (letaqqen ha-olam).

I hope that the efforts my brothers and sisters at the Tantur Ecumenical Institute and I have made in these past years will prove to have opened a way for greater breakthroughs in the years to come, and may help to hasten the coming of the day when peoples all over the world “may call upon the name of the Eternal and serve Him shoulder to shoulder” (Zephaniah 3.9).

Wishing you blessings and peace,