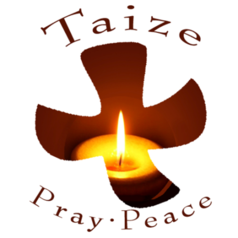 Thirteen years ago, on August 16th, 2005, the founder of the Taize ecumenical community was attacked and killed during evening prayer. He was stabbed several times in the neck and died shortly after being carried from the church by some of his brothers.

Brother Roger Shutz is a Christian of huge significance for his foundation at Taize, a small town some 250 miles south-east of Paris, began in the dark days of World War in the 40s. Taize was situated in country just south of occupied France. There he bought an empty house and together with his sister Genevieve, he hid and cared for refugees, both Christian and Jewish. He was forced to leave for a short period when the Gestapo were informed of his presence, only to return after the Liberation.

It was at Taize that this Swiss Protestant set about giving sustenance to the Community that has, all these years later, become a beacon for ecumenical life in a Christian Europe that has suffered such immense decline.

It has become a place of huge attraction to young Christians, men and women on journeys of personal exploration, brought together through the simplicity of meditative prayer and contemplative song.

Many of us are now familiar with the chants of Taize whose words are rooted in scripture and whose rhythms are both simple and melodic. These chants, interlaced with readings and periods of silence, have introduced us to a whole new way of experiencing our relationship with the God who made us. The accompaniment is simple, a guitar or a keyboard instrument sustain the harmony, the repetitive phrases enable focus to be maintained.

Many hundreds of young people simply sit together in front of a bank of flickering candle lights, singing, listening, praying.

So what has this spark of faith situated in a small town in the south of France got tell us? How are we influenced and affected by such gatherings, week by week, month by month, year by year?

The first and most obvious way is through the marvellous prayer of music that it has been our privilege to share. And secondly, through example. Brothers from Taize have established similar communities in many parts of the world, bringing the spirit of their life to others, sharing their experience of life in God. Others have made short visits, gifting their presence and leaving seeds of faith to grow and thrive long after their departure.

"We have come here to search or to go on searching through silence and prayer, to get in touch with our inner life. Christ always said, 'Do not worry, give yourself'."

His witness to ecumenism will remain a lasting tribute to his life.

Although never formally received into the Roman Catholic Church,

he frequently attended Mass at Taize, receiving the Eucharist alongside others. He did on occasion receive from both John Paul II and Benedict XVI. Maybe there is a simple lesson for all of us to learn, that the Christ of the Eucharist is not defined by the label of who we are but of what we need, sustenance for our journey.

Speaking in St Peter's in Rome in 1980, Roger said

"I have found my own identity as a Christian by reconciling within myself the faith of my origins with the mystery of the Catholic faith, without breaking fellowship with anyone".

His life was truly a life of reconciliation.

His funeral at Taize took place with a gathering of many thousands. It was presided over by Cardinal Walter Kasper, who celebrated mass together with four of Taize's priest-brothers.

In his sermon, the Cardinal remarked that "... the springtime of Ecumenism has flowered on the hill of Taizé." He went on to say that "Every form of injustice or neglect made him very sad."

Given the harsh and difficult times that we now experience in our Church, with so much evidently inhibiting true growth and witness, it is people such as Roger Shutz who are beacons in our darkness. It is not sufficient to be critical of where we find ourselves; that only tells us what is wrong, where the cracks and uncertainty lie, that is the easy bit. The real challenge comes in finding new ways forward, in recognising new directions and un-walked paths. Where we have come from has fashioned and formed us, where we are headed is still beyond us.

Poetry in prayer is sought in the solitude of silence,

when words are not easily found and emptiness has a bitter taste.

Our Christian faith gives us the confidence to continue the journey.