The Tantur Ecumenical Institute was first envisioned in the 1960s, a time when churches were moving away from confessional exclusivity to a new wave of openness with each other. There were a series of events that over a period of time brought Tantur into existence. The first was in October 1963 when Orthodox, Anglican and Protestant observers at the Second Vatican Council shared with Pope Paul VI the dream of an international ecumenical institute for theological research and pastoral studies. This planted the seed in the mind of Pope Paul VI. The second event was on January 5, 1964.

Earlier in December, 1963, the Pope announced he was going on a pilgrimage to the Holy Land. Patriarch Athenagoras of Constantinople thought that it would be a great act of divine providence if the heads of the Churches could meet in Jerusalem to pray together at the Holy Sites. So on January 5, 1964, the two leaders met and embraced each other on the Mt. of Olives as a sign of the thawing of relations. Earlier when the media asked Athenagoras about the purpose of his visit to Jerusalem, he replied: "To say 'Good Morning' to my beloved brother the Pope, You must remember that it has been five hundred years since we have spoken to each other!" Later the two would lift the bans of excommunication that had been in effect since the Great Schism of 1054, an extraordinary event. So at this juncture, Jerusalem came into the spotlight as the ideal location for a joint Ecumenical Institute. 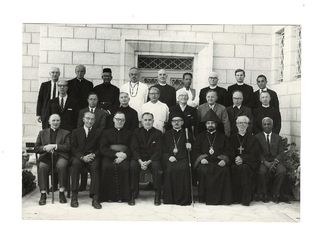 Pope Paul VI ultimately entrusted the project to Fr. Ted Hesburgh and the University of Notre Dame. The Vatican purchased the property and leased it to Notre Dame in December, 1967. The venture itself was also under the guidance of an International Ecumenical Advisory Board led by Fr. Hesburgh. Fr. Hesburgh used his multiple talents to build Tantur from top to bottom including appealing to the generosity of Mr. and Mrs. I.A. O’Shaughnessy of St. Paul, Minnesota without whose benefaction Tantur would not have been realized.

Due to the difficulties of the Arab-Israeli conflict, the Institute itself did not open until 1972. The Board has continued to set up the programs, seek out faculty and staff, and administer the property. Under the guidance of Protestant, Roman Catholic, and Orthodox rectors, the Institute has welcomed over 5000 Orthodox, Protestant, Anglican and Roman Catholic participants to its programs. They have come from all over the world to explore the richness of the Holy Land and to live in Tantur's rich ecumenical environment. Located on the seam between Jerusalem and Bethlehem, Tantur is uniquely located as an oasis of learning, prayer and hospitality amidst the immense geo-political complexity of this part of the world.

For more information on the founding of Tantur Ecumenical Institute and the struggles of our early years, click here to read an interview with Tantur scholar Prof. Alberto Guasco, 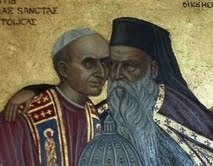 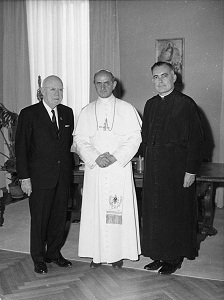